Conclusion
In an alluvial fan system, the apex of the fan is the steepest part, and the slope decreases to the fan toe. Different factors such as tectonics, stream discharge, sediment materials, etc., affect the slope of the alluvial fan. This study showed that most of the studied alluvial fans have straight profiles. The alluvial fan's straight profile indicates that the materials from the catchments area have been transported during the catastrophic flooding events and preserved on the alluvial fan surface for an extended period. The similarity between the fan's overall slope and the slope of the area above the fan toe is a sign of inactivity of erosional processes. When SA is smaller than SO, the alluvial fan will have a concave profile. The results of this study are also consistent with other studies showing that the arid region alluvial fans have a greater slope than humid regions fans. The RS values in the studied alluvial fans reflect the effect of fluvial processes on the slope changes on fan toes. It also shows that erosional processes have been inactive for a long time in the studied fans. 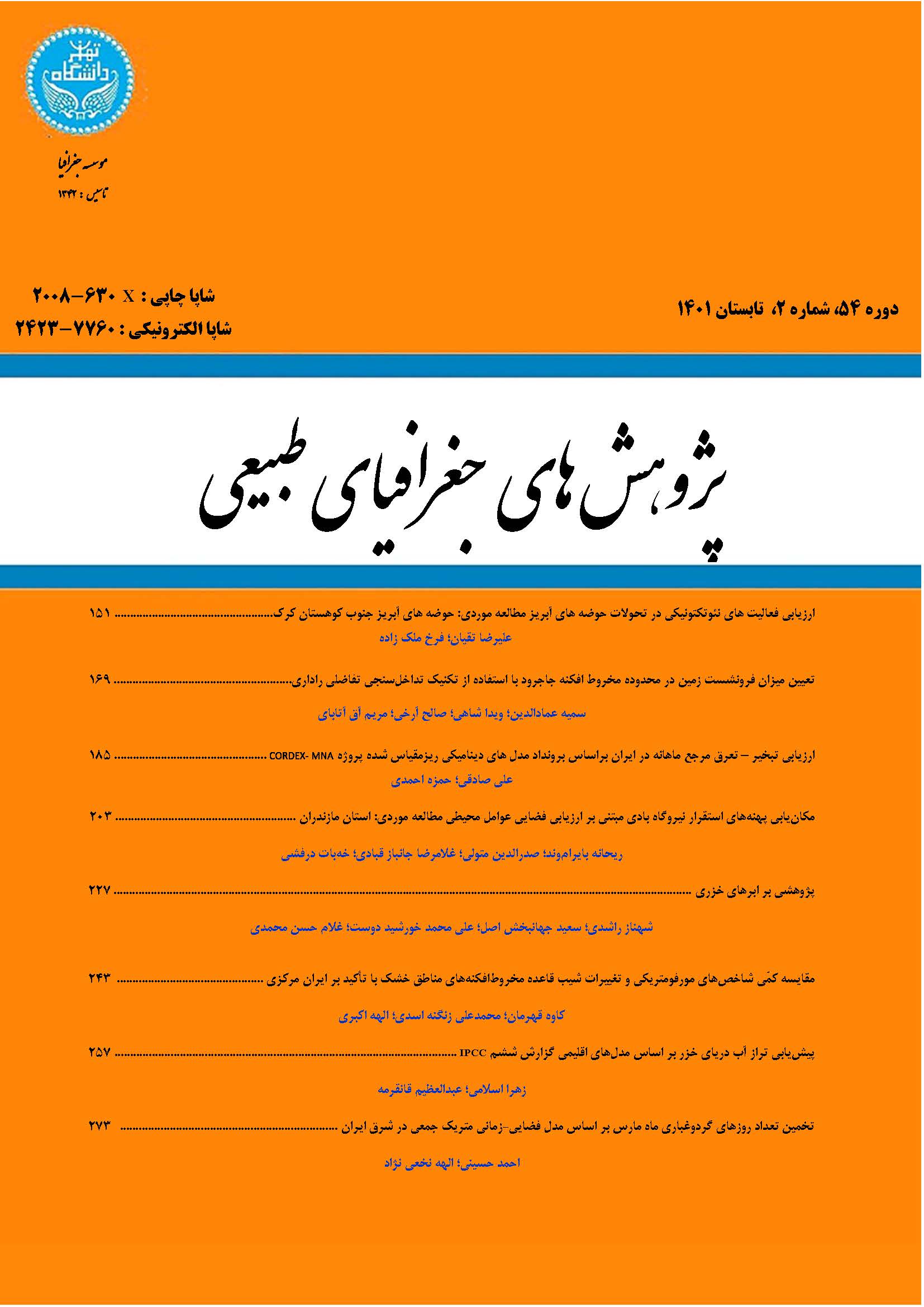